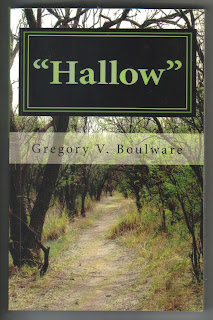 Macabre:
Gruesome and horrifying; ghastly; horrible, pertaining to, dealing with, or representing death, especially its grimmer or uglier aspect. Of or suggestive of the allegorical dance of death; gruesome; ghastly; grim. Resembling or associated with the danse macabre from Old French danse macabre dance of death, probably from macabé relating to the Maccabees, who were associated with death because of the doctrines and prayers for the dead?

“I remember this familiar feeling, for about the third time in three months; of falling – falling down. The falling only came to an end for one reason – maybe two. The point is…I was able to grab onto something in order to break my fall. The primary reason is coming to a complete and utter dead end stop – at the bottom of the stairway, which began at the second floor landing. It didn’t necessarily matter to what position your body was in when this complete and utter stop completed the descent. Albeit, stair-steps and bottom of the stairway landings come into play, the stop is at the bottom of the stairs.”

Walter made a backroom deal. The deal placed him at the top of the higher echelon.
The power that accompanied his new found status was the envy of many...

Horror:
An overwhelming and painful feeling caused by something frightfully shocking, terrifying, or revolting, a shuddering fear: to shrink back from a mutilated corpse in horror. Anything that causes such a feeling: killing, looting, and other horrors of war.
Such a feeling as a quality or condition - A strong aversion, abhorrence: to have a horror of emotional outbursts. Informal: something considered bad or tasteless.
Inspiring or creating horror, loathing, aversion, etc., centered upon or depicting terrifying or macabre events: a horror movie.

Wynetta, his wife, made a deal as well...

…As he began to cut her smooth and tender throat, blood began to flow.
Then it gushed and dripped like a geyser, only it pumped out from one of her capillaries with violent intentions.

Her violation(s)…she dared to make love with another; someone other than he – whom she has never before, known or loved.

He was beautiful where Walter was not. He made her feel like the woman she'd dreamed of being. He ravaged her...he made love to her like no one could!

Walter would put an end to this shit! It would go no further!

Cousin Jackie did attempt to talk her cousin out of making this particular visit. Even she was afraid. She was afraid for Wynetta even though she knew her cousin festered a hatred for Walter that would not waver. She hungered for revenge – and she must have her vendetta fulfilled.

"Hallow" ~A Sojourn Into Now and Then~
Featuring - "Demon's Throat"
By

“Who’d want to roll in the hey with the likes of you? You, with the rotund bottom and jellied jowls… the juice of spit escaping from those juicy over-sized lips. Lips that spray slimy moisture upon speaking to folk. Don’t you dare lay that puffed slippery hand on me again – or I’ll have it cut off and fed to that mangy beast lying in yon corner.”

The judge was not only embarrassed, he felt humiliated by this voluptuous tramp of a woman – a woman he desired but could not have. He fumed and roared when he threw his goblet of strong-brew at her.
“Be damned woman…you shall rue the day that thou hast jilted me. Ye shall not laugh and mock me. I shall have my revenge upon thee – you will beg to slop my feet long before it ends…Bitch!” 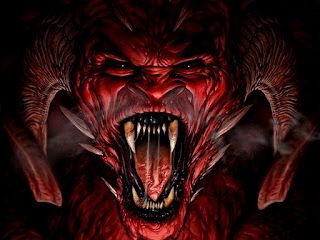 …As he began to cut her smooth and tender throat, blood began to flow. Then it gushed and dripped like a geyser, only it pumped from one of her capillaries with violent intentions.
“If I can’t have you, then nobody can!” He said.

Her violations…she dared to make love with another…someone other than he – whom she has never known or loved.

“Hold it…hold it! Now, just wait a minute! Whatever the fuck was just said…that mutha’s full of shit! No one can tell this story any better than me! Shit, I was there! It happened to me…

A home… A normal home that very well could be your next-door neighbor, your cousin, aunt, uncle, and friends and yes…your parents or any other closely related relationships.

“When this guy is finished talking, hopefully, he’ll shut the fuck up and let me talk!”

“It all started on one Friday evening when he came in from work. He, the motherfucker – mister big shit was getting ready to take his ass out – without me – on the town with his boys.
He said, “I’m going out on the town with the boys tonight!”
He had the nerve to laugh; you know…one of them big belly laughs like you’d hear in a bar full of drunks and whores. It sounded like this, “hee, hee, hee, huh, huh, huh.” And he gave me one of those great big ‘Cheshire-cat’ grins. Ya know, like the cat that got the mouse that ate the cheese, like the fat cat in ‘Alice in Wonderland.’
I said to him, “Walter – what about the bills? What about Lil-Rocky’s coat for school?


Me and Walter had five kids, ya know.”

HALLOW II - A Portentous Epoch of Sagacious Redolence and Epiphany: A Significant Era of Perceptive Aroma and Vision
https://www.amazon.com/HALLOW-Portentous-Sagacious-Significant-Perceptive/dp/1518770223/ref=la_B00OI16PDI_1_1?s=books&ie=UTF8&qid=1478882564&sr=1-1 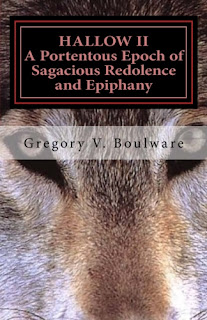 Don't Forget to view:
"Anthology Of An Essayist" - Volume One
"Technomanagerial"﻿ 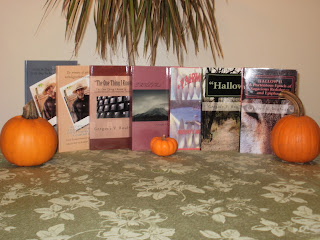 "The Spirit of the Soul and the Death of Morals: From Whence Comest Thou?" http://www.goodreads.com/book/show/18377562-the-spirit-of-the-soul-and-the-death-of-morals


“ONE PEOPLE, ONE PLANET, and THE CHILDREN OF ONE GOD!”

Gregory V. Boulware
Saggitarius - Year of the Dragon! http://www.BoulwareEnterprises.com "From blog to blurb," Mr. Boulware has come to produce, mitigate, and provide a myriad of postulating books, articles, and essays for public and private consumption. Simply referred to as 'erudite' by his many readers, fans, and critics, this sagacious author in his natural propensity, moves thought provoking subject material with well graced laxity and modulation over many networks, websites, and social media. Gregory V. Boulware is an accomplished student; combining formal education with self-education; an aspiring author. Recalcitrant to failure and continually in search of opportunities to practice technical skill challenges while gaining proficiency and knowledge, retirement/disability does not offset his intrepid penmanship. Search for Him on various search engines throughout the Internet! Based on Professionalism, Ethic, Dependability, and Personal Pride, Printed Book Material as well as Electronic purchasing consideration is a guaranteed assurance of viewer 'ROI' for readership time and energy. "Thank you for viewing my Article(s) / Essays and On-Line Presence." Peace and Love, Greg. */